🎯 Smash your 2022 goals with these simple weekly, monthly and yearly habit tracker templates. These spreadsheets can be used on your computer and phone. You could also print and place one on your desk.

Compare Features of Habitify vs Loop 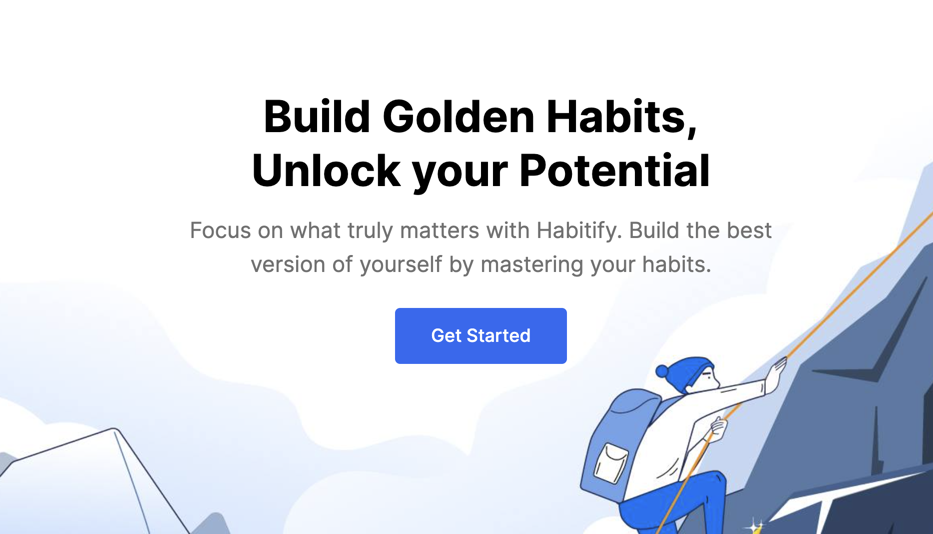 The app's features are thoughtfully constructed, taking into account real-world usage of various habits. For example, you can create a habit for meditation and also track the time you meditate in each setting, which is the behaviour of a lot of people building a meditation habit.

Another useful feature is the ability to group habits. Sort of like folders, but for a set of habits that belong to a broader goal. The app also gives you the ability to add notes, which serve as a record of your thoughts as you progress through your habits journey.

Habitify also hands-down has one of the nicest looking landing pages. 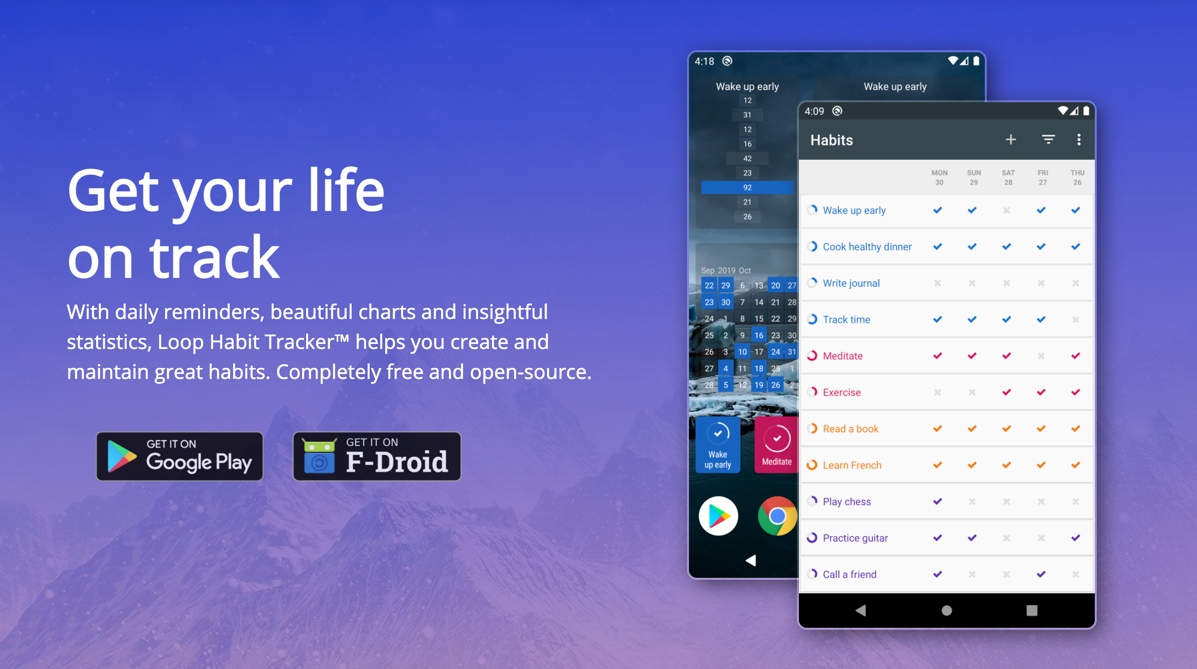 Loop is one of the most popular free habit tracking apps, with its Android app clocking millions of downloads.

Loop is different from other apps in that it is open source. Its Github repository is available for anyone to fork and modify to their satisfaction, thereby allowing people with technical chops to make the app their own.

But Loop works great out of the box. It's got an extremely simple habit tracking interface where you can view all your habits at a glance, see how you performed in the last few days, and easily mark a habit as done, missed or skipped using taps and long-press actions.

The app also has cool analytics that lets you visualize your progress over time. What's especially great is the calendar view, which shows you at a glance which days of the month you performed or missed your habit.

All the data in the app can be easily exported as a CSV or a SQLite database file. You own your data completely.

Must read: A Detailed Look at Habitify Habit Tracker App by LifeDev.

Must read: A short review of Loop Habit Tracker on steemit.

Habitify is available as a free app and is supported by in-app purchases that start at $4.99 for a monthly membership all the way to $64.99 for a lifetime membership.

Loop is a completely free app. It is also available as an open-source repository on Github.

Loop is available for Android.

This app is not available for iOS, Web, MacOS or Windows desktop PCs.