Compare Features of stickK vs Everyday 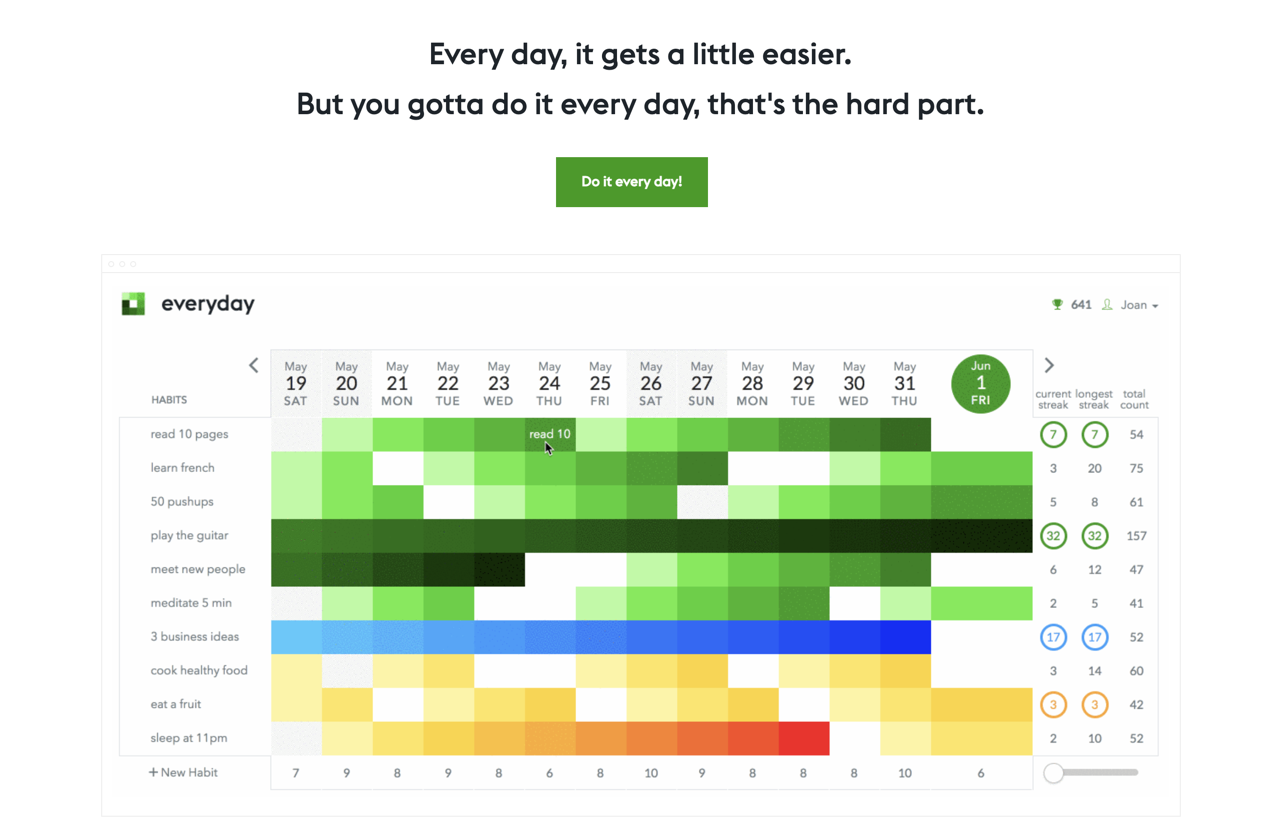 Everyday is hands-down one of the most delightfully simple habit tracker apps out there. All the action happens on its simple visual interface, where you can see your habits stacked vertically on the left, and a timeline that progresses towards the right on top to the current day.

The core concept of the app is to perform habits daily, and to not break the chain or streak. If you perform a habit, you mark it as done. On the right, you see how long your current streak, as well as the previous high score of your streak and a total count of times you performed a habit in its lifetime.

The app is designed and built for every conceivable platform. You can use it on your Android device, iPhone, Apple Watch, iPad, Mac or on the Web.

Everyday is available for free and supported by in-app purchases that cost between $4.99 for the monthly plan to $29.99 for yearly access.