Compare Features of stickK vs Momentum 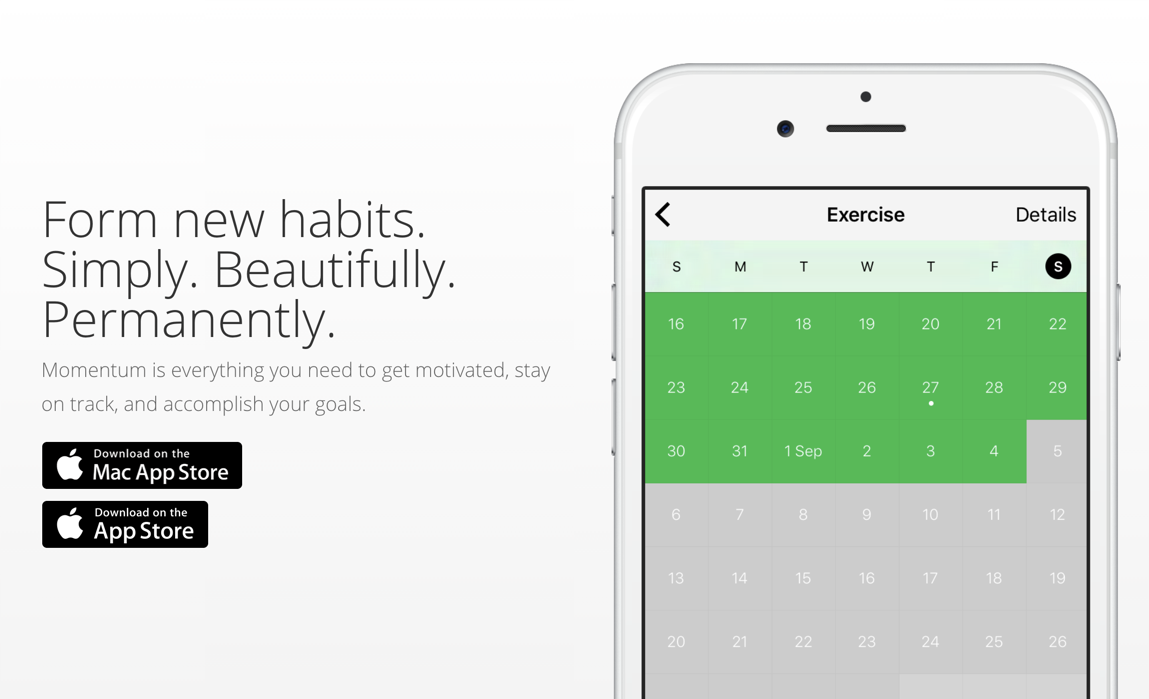 The core principle behind the app's design is based on Jerry Seinfield's productivity secret, which is - Don't break the chain. Each day you lengthen the chain, you make it more likely for you to stick to your habit and therefore less likely to stray from the path.

With an extremely simple and minimal UI, you can you glance all your habits in a second. Thanks to deep iOS and Watch OS embeds, you can check off a habit with one tap from the home screen or notifications shade.

Momentum is available as a free download and is supported by in-app purchases, which start at $1.99 and go all the way to $14.99.

Momentum is available for iOS, Apple Watch and MacOS.

This app is not available for Android, Web or Windows desktop PCs.