Compare Features of stickK vs Productive 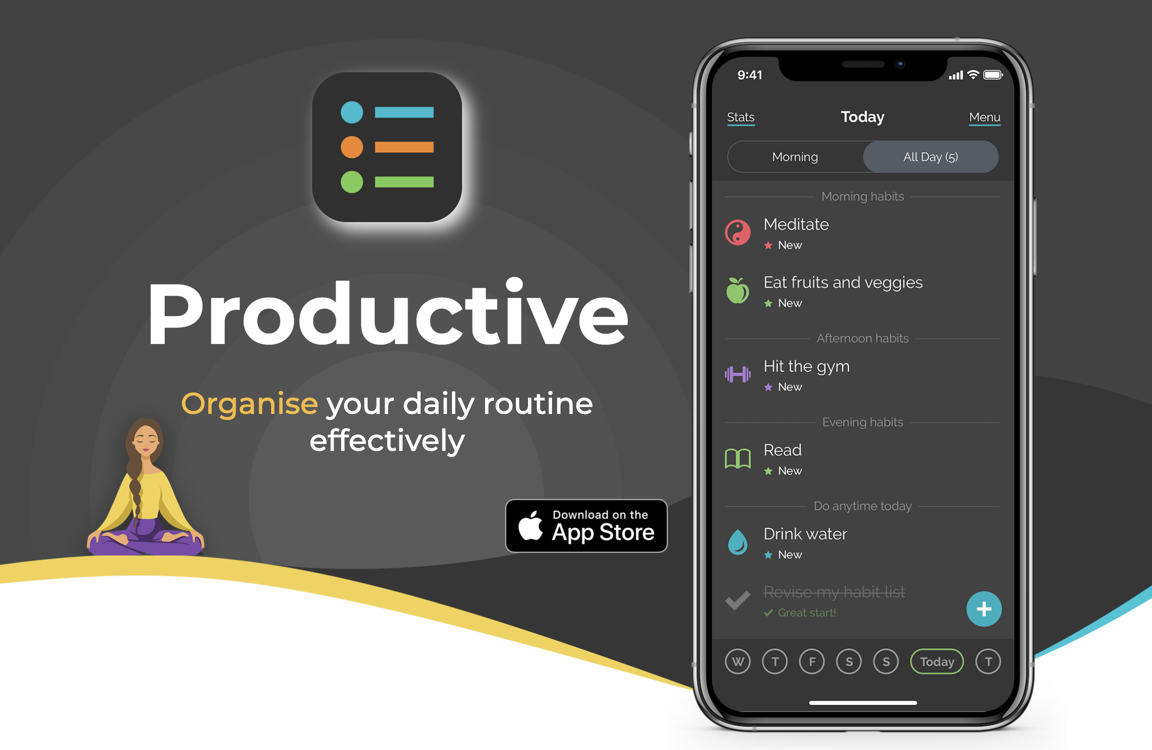 Productive is a habit tracker with extensive functionality to track habits, view your weekly or monthly progress, and keep an eye on your streak for various habits.

What's great about Productive is that the app has curated a set of great habits around morning routine, sleeping better, getting stuff done etc. which makes it easy for someone new to setting habits to get started.

Another really great feature is Siri shortcuts in the iOS app, allowing you to check off habits using just your voice. The same feature isn't available for Google Assistant.

Productive is available as a free app and is supported by in-app purchases. You can upgrade for $3.99 or get a 1 year subscription for $23.99.

Productive is available for iOS and Android.