Compare Features of stickK vs Strides 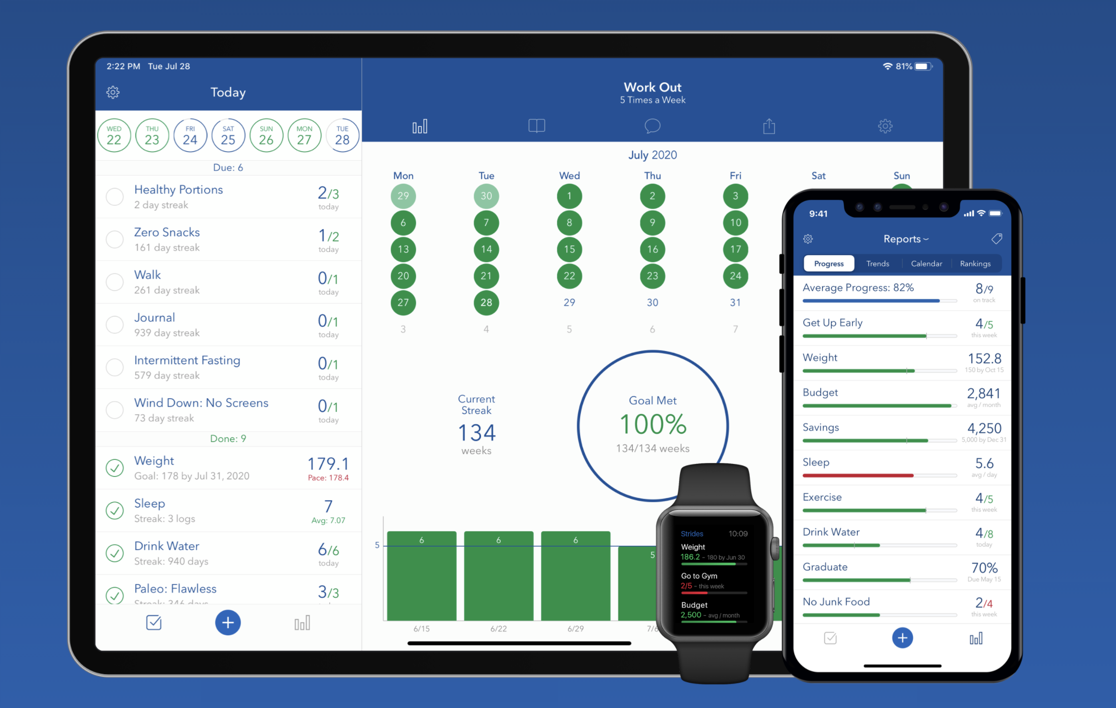 Strides lets you track your goals and habits in one place.

There are separate tracker types in the app, but each of them allow you to track your progress over a period of time, whether it is with forming a new habit, completing a goal, even tracking the number of hours you sleep, or breaking a bad habit.

The app is also complete with 150+ trackers, allowing you to get started in seconds. You can customize and create your own trackers too.

Strides is perfect for someone who is all-in on the Apple ecosystem, as their app is compatible with iPad, Apple Watch and iPhones.

Strides is available as a free app and supported by in-app purchases ranging between $4.99 to $79.99 for a lifetime membership.

Strides is available for iOS, iPad and Apple Watch.

This app is not available for Android, Web, MacOS or Windows desktop PCs.